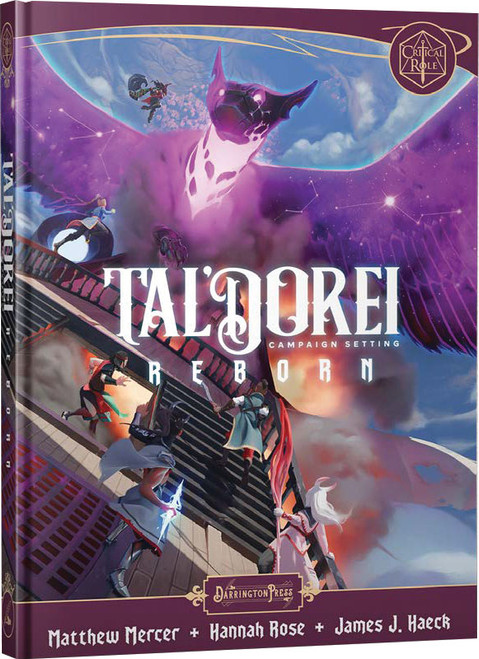 Tal'Dorei Campaign Setting Reborn is the definitive sourcebook for bringing the locations, people, creatures, and character options of the Tal'Dorei continent to roleplaying games everywhere. The popular webseries Critical Role first explored TalDorei, a fantasy-filled land brimming with tales of heroes and wonder, through the epic adventures of Vox Machina. Now, players everywhere can live the magic and stories to rival the beloved show. After the smash success of the original campaign setting for 5e, were bringing this in-demand sourcebook back in an even grander iteration.
×

Board Games: Mosaic: A Story of Civilization