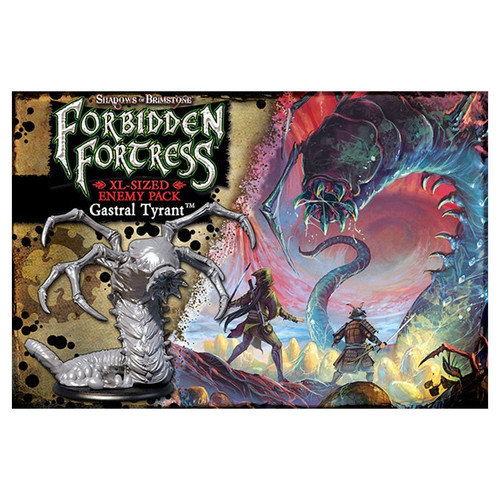 The Gastral Tyrant is one of the most terrifying creatures across all of time and space! Nesting within the moist chambers of the Belly of the Beast, or infesting the steam-filled engine decks aboard the Derelict Ship, these massive alien monstrosities have long, spiny arms allowing them to writhe and scurry across walls, and ceilings! A Gastral Tyrant can lay hundreds of eggs, which burst into countless writhing hatchlings.

This XL Enemy Pack contains everything you need to have Epic battles with the Gastral Tyrant, and includes a new Mission focusing on a fight for survival, trapped in the lair of this deadly new Enemy.