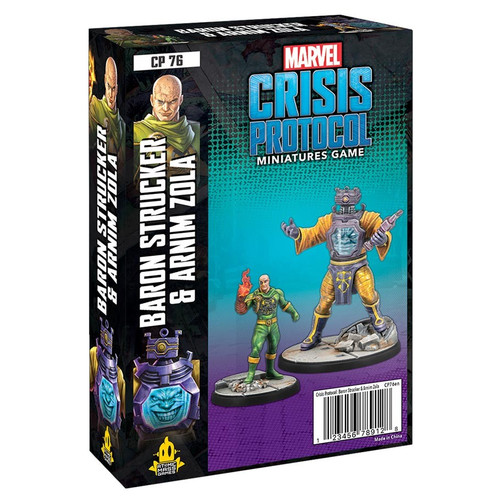 Baron Wolfgang von Strucker may have been born into the ranks of the nobility, but he has spent his prolonged life in pursuit of nefarious goals. As an ally of the Red Skull and wing commander of the Deaths Head Squadron, Strucker waged campaigns of invasion and oppression. As the founder of HYDRA, Struckers villainy has spread deeply across the world. After becoming infected with the deathspore virus, Strucker gained an array of superhuman abilities, including suppressed aging that keeps this notorious villain alive to this day.

Doctor Arnim Zola was a scientist who pursued the creation of super-soldiers for the purpose of world domination. Performing cruel experiments during World War II, Zola worked alongside villains like Baron Zemo and the Red Skull. The mad doctor transferred his consciousness into a synthetic body, allowing him to continue his nefarious work well into the future, using his genius intellect and scientific knowledge as weapons against all who would stop him.
×

Board Games: Zombicide Gear Up