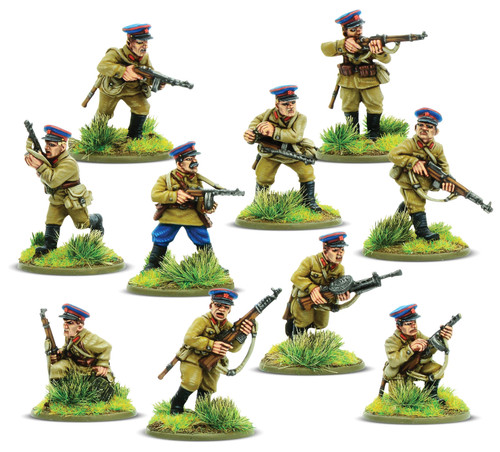 In 1941 the Soviet Unions fortified borders were manned by units of the NKVD (Peoples Commissariat for Internal Affairs). These units were almost entirely destroyed in the first weeks of the campaign. After this, NKVD troops were chiefly used for internal security, but could potentially fight on the frontline as they did at Stalingrad in 1942 and during the Crimean Offensive in 1944. In the normal course of operations NKVD troops set up blocking positions just behind the battle line to turn back fleeing troops with machine gun fire if necessary. NKVD checkpoints at bridges and road junctions monitored all traffic behind the front and were sometimes disguised as bridge-building crews or road repair gangs to catch out unauthorised movements.
×